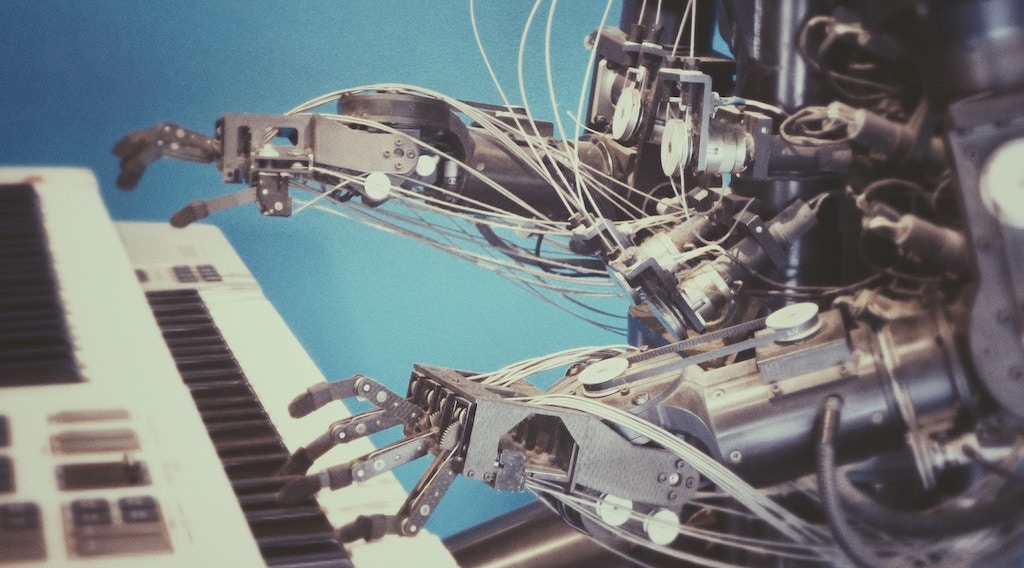 One of the big questions we have with the advance of technology and automation is if we can build machines that can think for themselves, make decisions and act on it? With Artificial Intelligence (AI) making waves in news and media regularly and in our personal lives too, it’s a reasonable question to ask. For example, Siri and Alexa, examples of AI we typically use on a day to day basis.

So what stands an AI apart from other technologies? The answer is, if they have the ability to think, learn and decide just like human intelligence. The question - can machines really think for themselves? To start, we’ll be going over some of the advancements in artificial intelligence made in recent years.

Intelligent machines in our lives

Let us talk about the voice assistants in phones that we mentioned briefly above, such as Siri, Alexa, Cortana and Google Assistant. You know that all it takes is to ask a quick question to them and they’ll be able to answer it in a second. You can even have conversations with each of these assistants, and it isn’t that far off from a conversation with a human. These voice assistants are definitely not perfect, but they can hold a conversation fairly well. And giving replies that actually correlate to what you’ve said. It’s almost like they can hear what you say, process it, think for themselves and then reply.

Another example that you’ll be familiar with are suggestive searches. These are searches on apps on Netflix, predicting what you’ll want to watch based on your viewing history, preferences like language & country and may be other factors surrounding you like time & demographics.

There are attempts to build behavioral algorithms that can predict human behaviors better than what other humans can. It’s an amazing development over the years. Analyzing data is one thing but analyzing humans can be different beast of a task. It is a fascinating area.

An example of a behavioral learning algorithm is the Nest Learning Thermostat. This thermostat makes it simple to save money on heating and cooling because it analyzes your needs with behavioral algorithms. It self learns from your interactions with it over a period of time and continuously improves to predict the right temperature setting for you at a given time.

What we imagine about AI

We’ve all seen the crazy YouTube videos of actual robots that look like realistic humans holding conversation with real humans. These videos are typically what have sparked the questions whether machines can really think for themselves or not. These robots are incredibly good.

When we hear AI, we automatically think of literal human like robots instead of general machines or embedded software in devices. Some people tend to think negatively about AI because of the movies they’ve seen where the robots rise against humanity with the goal to eliminate them entirely. Yes, we’ve all seen I, Robot.

The Turing test evaluates whether a machine can fool another human into thinking they’re speaking to a human. While there’s been AI machines to actually pass this test, that doesn’t mean they’re self-thinking, sentient beings like we are. It simply means that they’re able to trick humans to think they’re human themselves.

The test itself is flawed in ways because it doesn’t actually identify if machines can think, and that’s what it’s supposed to be about. It only tells us if a machine is smart enough to trick a human, not if they can actually think.

Not all machines we call AI are actually that. Some of them are fed with information prior to draw answers from that information. While you can program a machine with millions, even billions of different things, that doesn’t make them actually capable of thinking for themselves. It just means that they can draw upon information that they’re programmed with to come up with answers and replies. They are smart machines!

Voice assistants are border line in the basket of being smart instead of intelligent. They’re drawing responses from everything that they’ve been programmed with and they provide you with the best reply. AI like this are constantly being updated and re-programmed with new information, so they tend to be getting very smart.

Have you heard of Elon Musk’s OpenAI? It’s an artificial intelligence research organization. Their main goal is to develop and create friendly AI that can benefit all humanity as a whole. They have a total of six different products which include their first launch, Gym, and their most popular one, OpenAI Five.

So if you are someone who has always been worried about a robot invasion happening any time soon, well, the simplistic versions of AI can or has been weaponized. Drones are already very smart and they might start self-patrolling in conflict zones to ensure law and order. AI powered machines are predicted to evolve over the years ahead. The key in artificial intelligence, as its name states, is to be able to think, learn and decide on its own. It is coming soon…